For nearly half a century, California’s Medical Injury Compensation Reform Act (MICRA) limited pain and suffering awards to $250,000 in medical malpractice cases in the state. This limitation on damages applied even if more than one person or entity was responsible for the pain and suffering that a medical malpractice victim suffered. That’s a flat $250,000, and not $250,000 per defendant. That $250,000 ceiling hadn’t been increased in nearly 50 years, and with inflation considered, the value of that $250,000 decreased in present day value just about every year.

The FIPA Attempt to Reform MICRA

The Fairness for Injured Patients Act (FIPA) was subsequently introduced in an attempt to reform MICRA, but it quickly stalled. Under FIPA, inflation could have been considered in pain and suffering awards while judges and jurors would have been permitted to exceed the $250,000 limit in catastrophic injury and wrongful death cases.

Governor Gavin Newsom signed off on AB 35, on May 24, 2022, and it becomes effective on January 1, 2023. The most significant change that it brings is an increase in the nearly 50 years of the $250,000 non-economic damages limit. AB 35 also operates to change the contingency fees that medical malpractice lawyers charge. Here are the changes that AB 35 provides for that become effective January 1, 2023:

There’s no question that contingency fees are a necessary component of retainer agreements in medical malpractice cases. Without them, only a small minority of injured victims or their families would be able to afford even just the litigation expenses of bringing and sustaining such an action. Adjustments are going to be made on contingency fees in 2023 that lawyers can contract for or collect in medical malpractice cases. At this point in time, legal fees are almost always contingent on the amount recovered by a plaintiff’s lawyer. They might typically be 40% of the first $50,000, one-third of the next $50,000, 25% of the next $500,000 and 15% of anything over $600,000. As of medical malpractices cases taken by lawyers on or after January 1,2023, legal fees would be contingent on when a case was resolved and not the gross amount of any settlement or award.

Changes in Legal Fees With HB 35

On medical malpractice contingency fee agreements, the following adjustments will be made on January 1, 2023:

In the context of legal fees, those in favor of the fee provisions of AB 35 argue that victims of medical malpractice often experienced difficulty finding an attorney who would represent them. Lawyers were apprehensive about taking these types of cases because of the damages limitations that MICRA imposed and how those caps affected legal fees on lengthy, drawn out and costly litigation. Regardless of the statutory increase in fees, it’s still expected that many lawyers will continue to refuse to accept medical malpractice cases though. They’re the ones who advance the costs necessary to subsidize clients’ medical malpractice cases, and in a complicated medical malpractice case, those costs can easily reach six figures. Even 10 years down the road and with only incremental increases for non-economic damages, there still might not be enough money in these types of cases. After holding out for nearly 50 years, the health care industry threw the public and trial lawyers a bone, and the public and the trial lawyers took it.

Some of our existing clients have recently decided to begin accepting Medical Malpractice cases in the State of California. The most common areas they are targeting include ER Malpractice, Birth Injuries, Failure to Diagnose & Medication Errors. 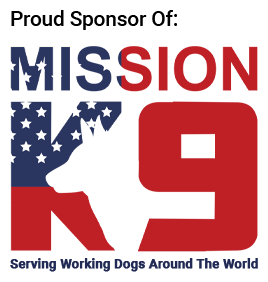 We are a Mission K9 Rescue Sponsor

Law Dog Legal Marketing is a proud sponsor of Mission K9 Rescue. We donate to Mission K9 and pledge to make a donation every time

ho·lis·tic hōˈlistik/Submit adjective – PHILOSOPHY characterized by comprehension of the parts of something as intimately interconnected and explicable only by reference to the whole. —

How People Hire an Attorney in 2015

When people are seeking an Attorney, they go through several stages before they actually hire one. Knowing what you can provide to them at each

I was recently conducting some keyword research on a new PPC campaign I was creating for one of my Attorney clients.  One of the very

By focusing our attention exclusively on lawyers, we hone in on exactly what helps lawyers to rank higher and get more clients. 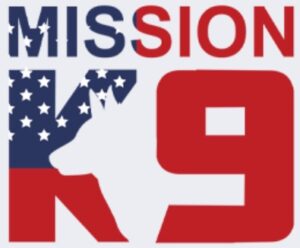